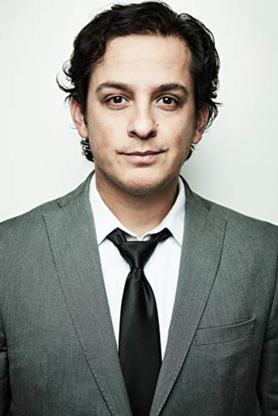 Steve Acevedo is a multi-genre filmmaker, whose projects reflect a rigor and affinity for capturing heart-pounding moments, from elaborate and intensely violent sequences, to a simple shared breath that changes everything. Nowhere is this more evident than in the 2 episodes of the USA Network series, “Queen of the South” that he directed.
His feature directorial debut, LOVE AND BASEBALL, had its world premiere at Dances With Films in August 2021 and was picked up by HBO Max to stream on the platform in May of 2022. It's an intimate movie, a story of love and connection and the missteps in between. He has also directed a diverse spectrum of commercials for sports brands like Nike Basketball, to beer brands like Cerveza Montejo, to comedic campaigns for BurgerFi, and many more.

Steve has participated in the ABC, NBC, Sony, and DGA Directing Programs.

His visual perspective is informed by extensive experience as a cinematographer, including the indie feature credits SATELLITE OF LOVE and JACK’S APOCALYPSE. In the doc world, his latest feature, TikTok, BOOM., had its world premiere at Sundance 2022. His previous feature doc, CODED BIAS, also screened in competition at Sundance in 2020, and is currently available on Netflix. He also shot the Leonardo DiCaprio produced feature, CATCHING THE SUN, and collaborated with Ken Jeong on the ESPN 30 for 30 film, STUDENT/ATHLETE.

Born and raised in San Antonio, TX, Steve earned his M.F.A. in Film Production from Florida State University. He is a member of the DGA and currently resides in the lush urban sprawl of North Hollywood, CA. He is repped by Bauman Management.